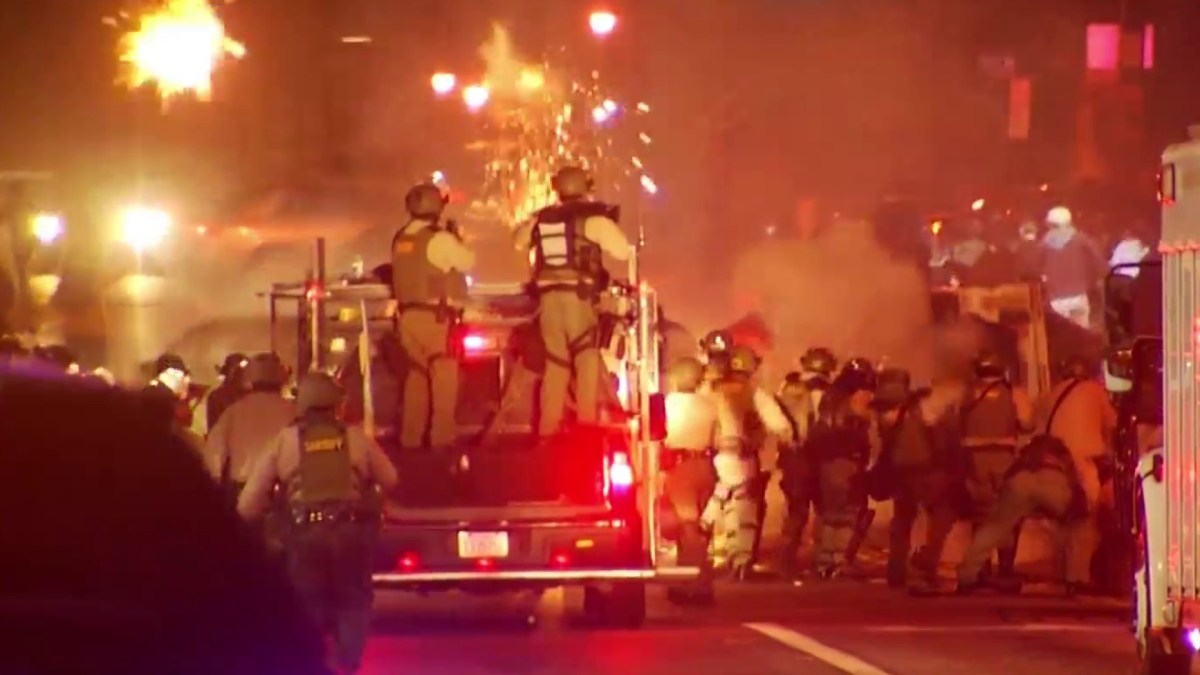 A protest outside the South Los Angeles Sheriff’s Station that was declared an unlawful assembly ended with 17 people being arrested, authorities said Wednesday morning.

The unlawful assembly order was issued about 8:15 p.m. Tuesday, according to Deputy Trina Schrader of the Los Angeles County Sheriff’s Department.

Those arrested are all facing charges for failing to disperse.

This was the fourth consecutive night demonstrators gathered outside the station, located at 1310 W. Imperial Highway, to protest the Aug. 31 shooting of Dijon Kizzee during a confrontation with deputies near West 109th Place and South Budlong Avenue.