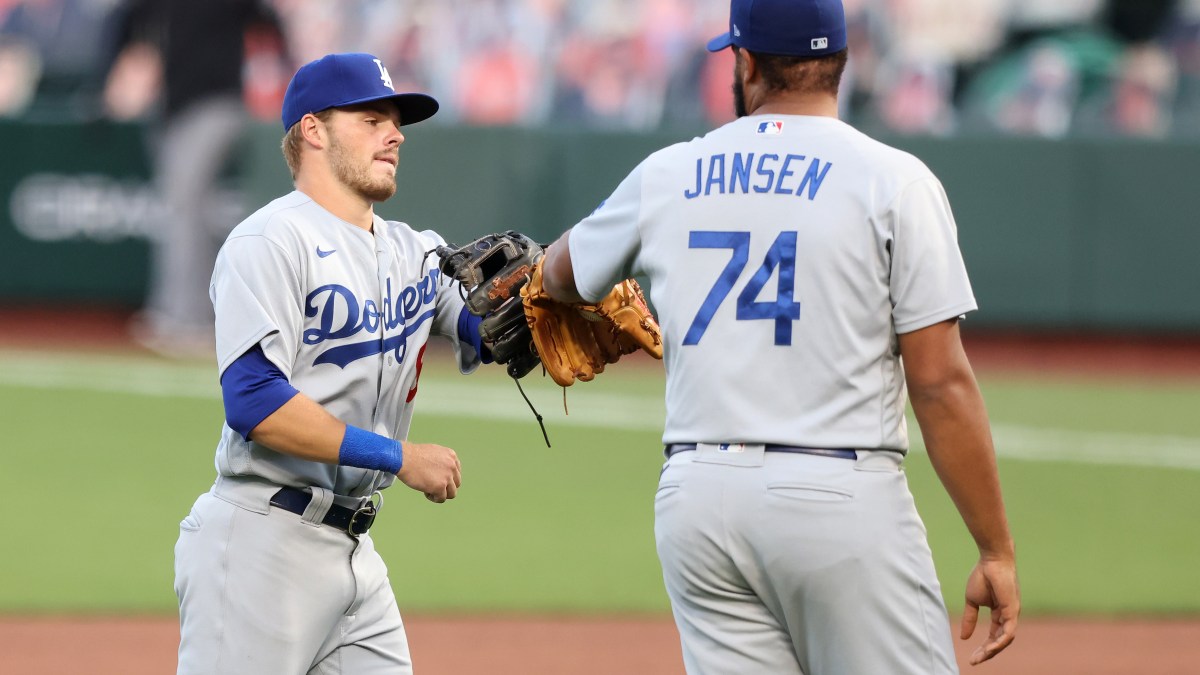 Clayton Kershaw pitched six scoreless innings Thursday, leading the Los Angeles Dodgers past the San Francisco Giants 7-0 in Game 1 of a doubleheader shutout sweep a day after he spoke out in support of his Black teammates as the clubs decided not to play in protest of racial injustice.

“For guys to stand together and not play a major league baseball game is a big deal,” Dodgers manager Dave Roberts said before the first game of two seven-inning contests.

Joc Pederson homered and Will Smith added an RBI double as the Dodgers won the nightcap 2-0. They used relievers and didn’t allow a baserunner until Brandon Belt’s leadoff single in the fifth — San Francisco’s lone hit until Belt singled again in the seventh.

AJ Pollock hit a two-run homer and Dodgers star Mookie Betts became the fourth-fastest among active players to reach 1,000 hits in his 824th game with his sixth-inning single in the opener. The souvenir ball was quickly retrieved, authenticated and put in a protective box.

He initially planned to sit out Thursday after speaking to Roberts late Wednesday, then changed his stance.

Roberts said the Dodgers stayed together in deciding how to proceed after the postponement.

“Regardless of the doubleheader, he wasn’t going to play, felt that he wanted to continue to stand firm on his position, which I absolutely respect and support” Roberts said. “But in talking to him this morning … talking to The Players Alliance and Black players around the league, they just came to the consensus that they could use their platform more by playing today, playing both games.

“And also the fact that there’s a lot of white teammates that stood beside them in not playing, acknowledging that and to continue to stay unified and play and to stay in lockstep with their teammates was very important.”

Kershaw (4-1) won his third straight start and avenged a loss to the Giants on Aug. 8 by striking out four and issuing no walks. Josh Sborz completed the four-hit shutout. Víctor González (2-0) pitched 2 1/3 innings for the Game 2 win, finished by Kenley Jansen for his eighth save after he missed his first chance Tuesday.

Kershaw’s delivery a night earlier was equally appreciated by teammates.

“As a white player on this team … how do we show support? What’s something tangible that we can do to help our black brothers on this team?” Kershaw said in support of Betts not playing Wednesday. “Once Mookie said that he wasn’t going to play that really started our conversation as a team of what we could do to support that.”

He said he went to bed Wednesday expecting Los Angeles to play the doubleheader as planned.

“Mookie’s handled this really well. We’re kind of following his lead as far as trying to support him the best we can,” Kershaw said. “It’s been a difficult time. It’s been a tough time for him personally, the Black community in general. Just trying to find different ways, what that looks like.”

Austin Barnes doubled in two runs to highlight the Dodgers’ four-run fourth, when they also got RBI singles from Pederson and Corey Seager.

“From a baseball sense it was good to get two wins today. Last night was a huge moment for us as a team and an organization,” Dodgers catcher Will Smith said. “It felt good to be a part of.”

Dodgers: RHP Walker Buehler (1-0, 4.32 ERA) was placed on the injured list with a blister on his pitching hand. He had been set to start the original game Thursday night. “This is the first time Walker’s dealt with a blister,” Roberts said. “He was very disappointed.” Buehler had his best outing of the shortened season last Friday. A 2019 All-Star, the 26-year-old right-hander allowed one run and struck out 11 in six innings of a win against Colorado. The blister developed late in Buehler’s last start and didn’t heal as quickly as hoped. “It just didn’t make sense for us (to push it), so that’s kind of the thought behind it,” Roberts said.

Dodgers: Recalled RHP Mitch White, who joined the active roster for the second time this season after making the 40-man roster in November. He didn’t make an appearance in his last stint and his next game will mark his major league debut.

Giants: Added OF Luis Basabe to the roster as the 29th man for the second game.

The Giants hadn’t listed a starter for Friday’s series opener at Arizona.