Los Angeles resident Constance Melkonian was seeking an explanation from the dog sitting company Rover after her 9-month old pug Shrimp died while under the care of one of the app’s sitters.

On Saturday, Sept. 7, Melkonian and her boyfriend were on their way home from their vacation to Spain when they both received a text from their dog sitter.

The couple had used the dog-sitting app called Rover, where users can find pet sitters who will watch pets at the sitter’s home, or at the pet owner’s home.

The message read “Please call me.”

Alarmed and a bit confused, they called the sitter immediately.

Some Say Dogs Died Under Care of ‘Rover’ App Sitters 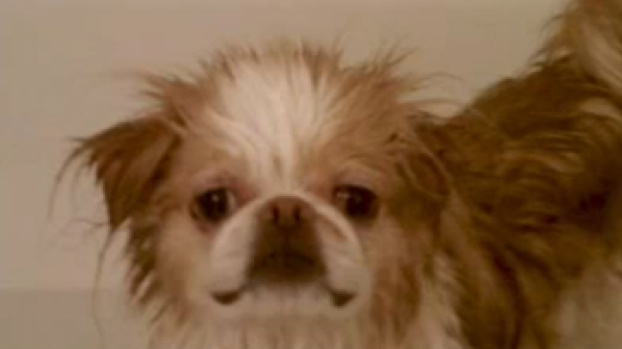 “All he said to me was, ‘Shrimp is dead.’ I was completely hysterical and didn’t know how to react,” Melkonian said.

Melkonian alleged the sitter offered no explanation to her when she questioned him about Shrimp’s death. She said the only thing the sitter said to her was: “I don’t know, he was just dead on the floor when I walked in the house.”

Melkonian and her boyfriend left for vacation Aug. 29, and the sitter communicated with the couple via text messages the entire time, sending photos of the two pups he was caring for. It wasn’t until they were arriving at the airport to come home when Melkonian says he indicated anything was wrong.

While trying to process the news, she asked the sitter about her other dog, a boxer named Sosa. The sitter reassured her that Sosa was fine.

But when she asked where Shrimp’s body was, she was not prepared to hear his response. 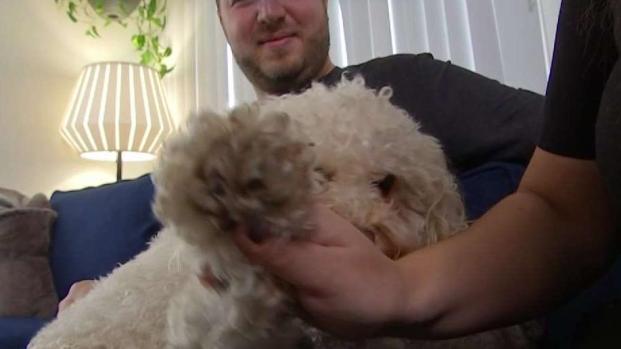 She said the sitter told her that Shrimp’s body was in a storage bin.

He had allegedly waited more than 24 hours before contacting Melkonian or her boyfriend about Shrimp’s sudden death.

“Shrimp was so sweet, so young and healthy, and I get there and my dog’s body is in a bin in the yard, like trash,” Melkonian said.

The entire situation left her in disbelief considering they had used that same sitter through Rover once before with no problems. But what she was most upset about was the lack of communication and urgency from the moment Shrimp died to the moment they got back from their trip. What’s more, Melkonian said she didn’t understand why the sitter wouldn’t attempt to take Shrimp to a vet.

“He didn’t take him to a hospital, he didn’t call anybody, he just let him die,” she said.

For her, losing Shrimp this way was especially hard.

Before Shrimp, Melkonian had a pug for several years who eventually passed away due to cancer.

“I waited so long to be able to feel good again, enough to where I felt comfortable getting another dog,” she said. “And when I found Shrimp, I thought of it as a new chapter, a new little guy that I can take care of.”

Melkonian said what made it even worse was the sitter was not sympathetic, and was avoiding answering any questions. Melkonian said he avoided stepping out of his home when they arrived to pick up her dog.

“I knocked on the door and after waiting for him to finally answer, he said, ‘I told you that I found him dead — I don’t know what happened, he’s just dead,'” Melkonian said.

Warning: The image below shows how Melkonian found her dog in the bin.

This photo contains imagery that some viewers may find disturbing.
Click to view.

Constance Melkonian said this is how she found her pug after she returned home from a vacation to Spain, and the Rover app sitter told her the dog had suddenly died while she was away in September of 2019.

She is now hoping Rover will investigate the case and change the way they select their pet sitters. Most importantly she is seeking a proper apology. This came after Melkonian claims Rover offered her a $100 credit toward her next sitter, something she said she declined.

“You would think that by now instead of posting photos of dogs on Instagram that they would at least release an official statement to the public, not just for me but for everyone else that has had this happen to them,” said Melkonian.

This has not been the first time the dog sitting app has come under fire. Other customers have expressed similar experiences.

In June, one Southern California couple alleged that their 8-year-old dog died while under the care of a different Rover sitter. The couple went as far as to say the sitter allegedly attempted to cremate their dog without their permission.

Another Southern California couple claimed that their dog Ruffles was lost by a Rover sitter, and was even charged $200 by the company for a “lost pet finder” service.

Rover has released a statement regarding the death, saying that these types of situations are rare but are taken seriously by the company. According to Rover, since 2011 they have booked 500,000 stays in the Los Angeles area with almost all of them occurring without issue.

Rover said they have removed this particular sitter from the app after investigating.

“We regularly monitor reviews left by pet parents to ensure our high-quality standards for care are being met. In the rare instance when something does not go right, we have a 24/7 trust and safety team to offer helpful suggestions and connect sitters with a veterinarian. Should an incident occur, our team will conduct an in-depth investigation and take appropriate actions, such as removing users from our community.

In this instance, we have removed the sitter from the community. We also offer the Rover Guarantee as a part every stay booked on the platform to reimburse for certain expenses that can arise from an incident, including necessary veterinary care,” Rover said via email.

Beyond the $100 credit, Melkonian claims Rover offered no other reimbursement. She also said she didn’t want compensation — she just simply wanted an apology and explanation for why it happened. There was no evidence to suggest the dog had been abused in any way, and Melkonian’s attempts to discover exactly what had been the cause of death via autopsy have been unsuccessful.

The sitter did not respond to calls to comment on this story.