Google held their annual “Made By Google” event in New York City Tuesday, where they introduced a new phone, computer, home system, earphones and even a game-streaming platform.

“Our mission is to bring a better Google for you,” said Rick Osterloh, the company’s senior vice president of hardware.

All five products have the capability of staying connected, sharing information among devices.

Here is a breakdown of what Google announced: 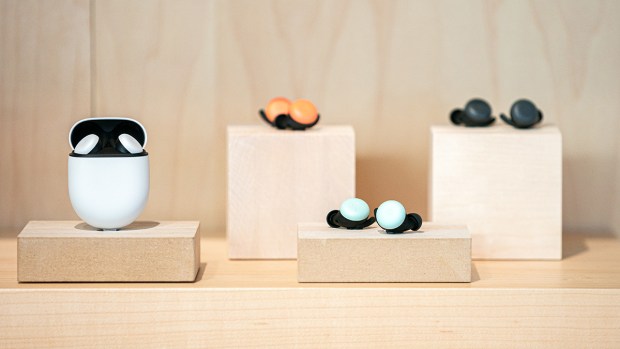 Google enters the earbuds business with their new Pixel buds. Aside from providing a good audio quality and a small ear-friendly size, these buds will respond to any Google Assistant command. Just say “Hey Google,” and ask for a specific task. Pixel buds include a wireless case that charges the buds. The buds can run up to 5 hours, or a full day when recharging it on the go with the case. New Pixel buds will start selling early next year for $179. Google’s answer to Apple’s AirPods are shorter than Apple’s wireless earphones.

Google’s latest phone, the Pixel 4, will include an improved camera that the company says can be used to take professional pictures. Other features in the Pixel 4 include Google Assistant built in and a motion sense detector to operate the phone without actually touching it. Just by waving over the phone, you can skip songs, snooze alarms or even silence calls. The new Pixel 4 will come in two sizes and three different colors: white, black and a limited-edition orange. It will also be available in all major U.S. carriers. Pixel 4 is available for pre-ordering, starting at $799. They’ll be available for shipment next week. 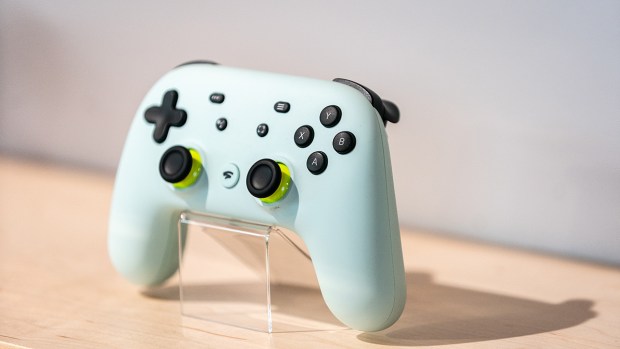 The Stadia game controller is displayed during the Made by Google event in New York, U.S., on Tuesday, Oct. 15, 2019.

Hitting the gaming market, Google announced a new game streaming platform called STADIA. It will let consumers play HD games from any screen device. The platform is expected to have at least 40 games available from publishers like Warner Bros. and Bandai Namco, creators of the famous Dragon Ball games. This monthly subscription will be available on Nov. 19 starting at $9.99. 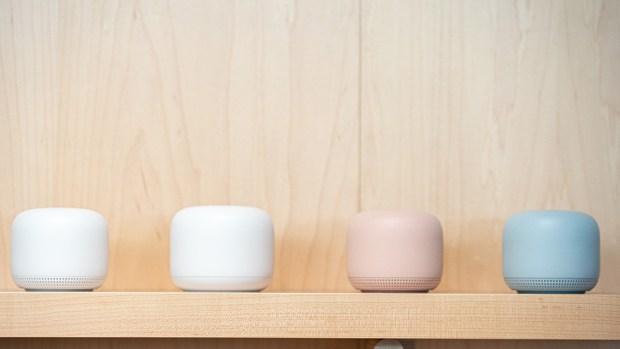 Google Nest WiFi routers are displayed during the Made by Google event in New York, U.S., on Tuesday, Oct. 15, 2019.

Nest has added new ways for people to create a smart home environment. Nest Aware is a subscription program that will help connect all Nest devices at home. Subscriptions will be available in early 2020 starting at $6, while Nest Aware Pro, with more features, costs $12.

Another product, the Nest mini ($49), is Nest’s version of a smart speaker that has a faster and improved Google Assistant. It will permit people to manage some home appliances when connected to Nest Aware.

The renovated Pixelbook was built with the idea of being practical for consumers who are usually on the go. It’s 13 millimeters thick, weighs 2lbs. and has a battery that lasts up to 12 hours. The Pixelbook Go will be available with a 64GB, 128GB and 256GB memory. The starting price of this new Chromebook is $649.