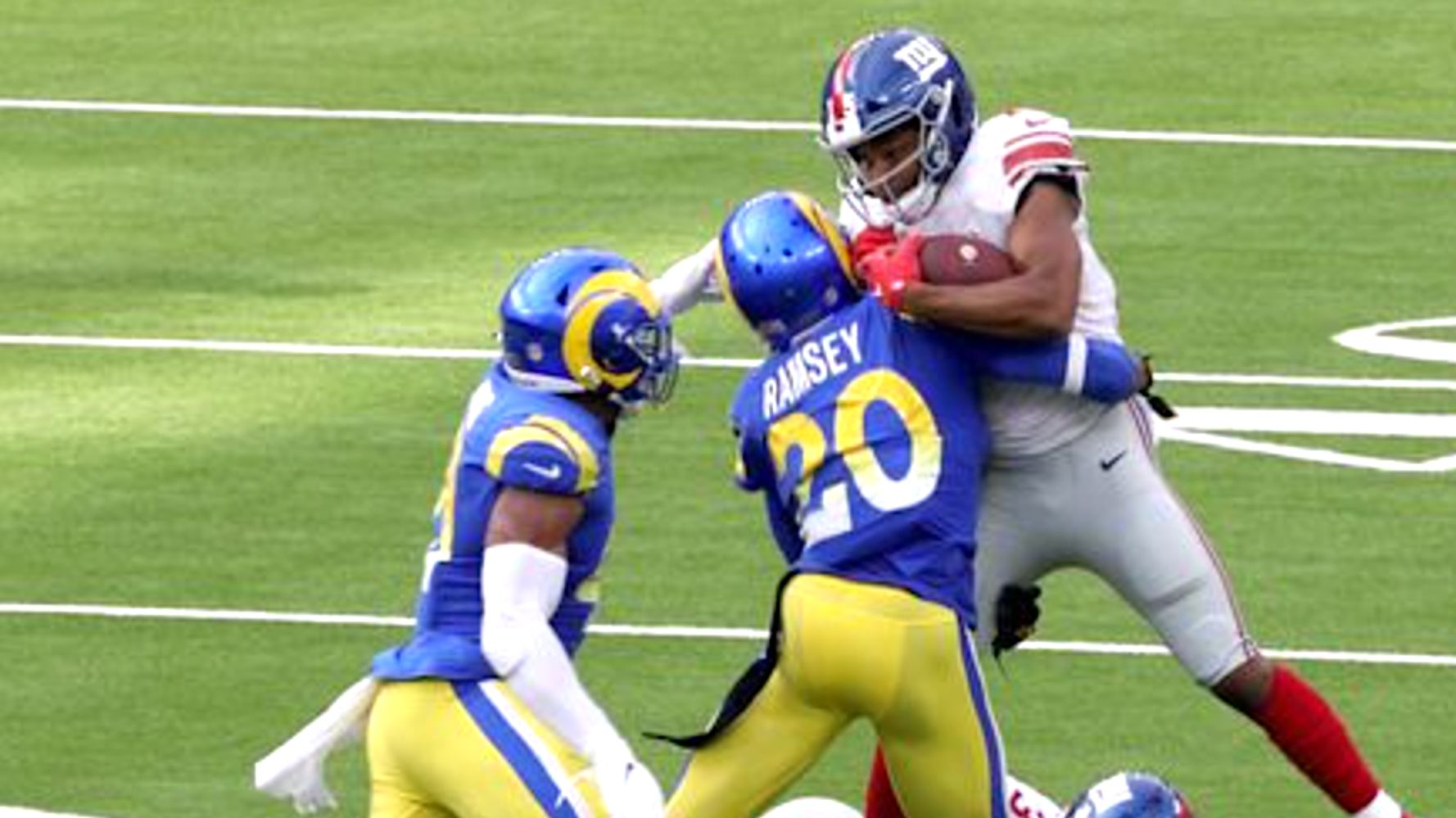 Family tension between the Los Angeles Rams’ Jalen Ramsey and the New York Giants’ Golden Tate may have led to a brawl involving their teams in LA on Sunday.

The two have been feuding off the field since Ramsey broke up with Tate’s sister when she was pregnant with their second child in the summer of 2019, according to NFL.com and the New York Post.

“I’m not happy at all with the disrespect that he’s shown towards my sister, and the things he’s done in the past,” Tate told the tabloid last October after Ramsey posted photos with a new girlfriend. Also that month, Tate posted a veiled threat about their next game against each other.

In Sunday’s game, Ramsey’s hard tackle of Tate in the fourth quarter may have lit the fuse for a physical confrontation after time expired on the Rams’ 17-9 victory, For the Win noted.

Jalen Ramsey remembers what Golden Tate said about him pic.twitter.com/xDqSx3fjUy

The two made eye contact and came to blows at the 50-yard line, ESPN reported. A melee involving both teams ensued.

Following their game today, the Rams and Giants had a huge fight at midfield which included Golden Tate and Jalen Ramsey in the middle of it. pic.twitter.com/nq7A4Qphv1

Ramsey may have waited for Tate outside the Giants’ locker room for another go but ultimately there was no second round, ESPN reporter Jordan Raanan tweeted.

Neither player commented to the media after the game. But on Monday, Ramsey seemed to warn Twitter followers about lies circulating about the situation but didn’t specify. “Don’t believe or feed into the cap,” he wrote.

Don’t believe or feed into the cap 😂🤣.. y’all be blessed today. God is great all the time!