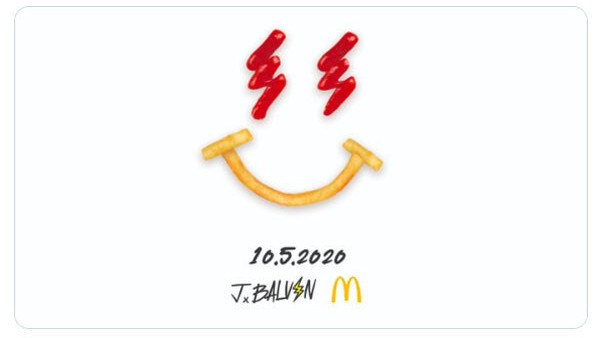 Customers can order the award-winning artist’s meal until Nov. 1, featuring a Big Mac sandwich, medium french fries with ketchup and an Oreo McFlurry. If purchasing on the McDonald’s app, customers will receive the McFlurry free of charge.

“From topping charts around the world to landing countless award nominations, J Balvin is a trailblazing international icon,” McDonald’s U.S. Chief Marketing Officer Morgan Flatley said. “He’s always been a regular at McDonald’s restaurants during his concert tours, and now we’re excited to bring his go-to order to our menus across the U.S.”

J Balvin said he has been a longtime fan of McDonald’s and is excited to join the list of “global icons” who have had a meal named in their honor.

“I am looking forward to sharing my signature order with my fans, along with more surprises that are to come with this partnership,” J Balvin said. “¡Lego!”

McDonald’s first launched “signature meals” in September and said this is only the second time a celebrity’s name has been featured on the menu since 1992.