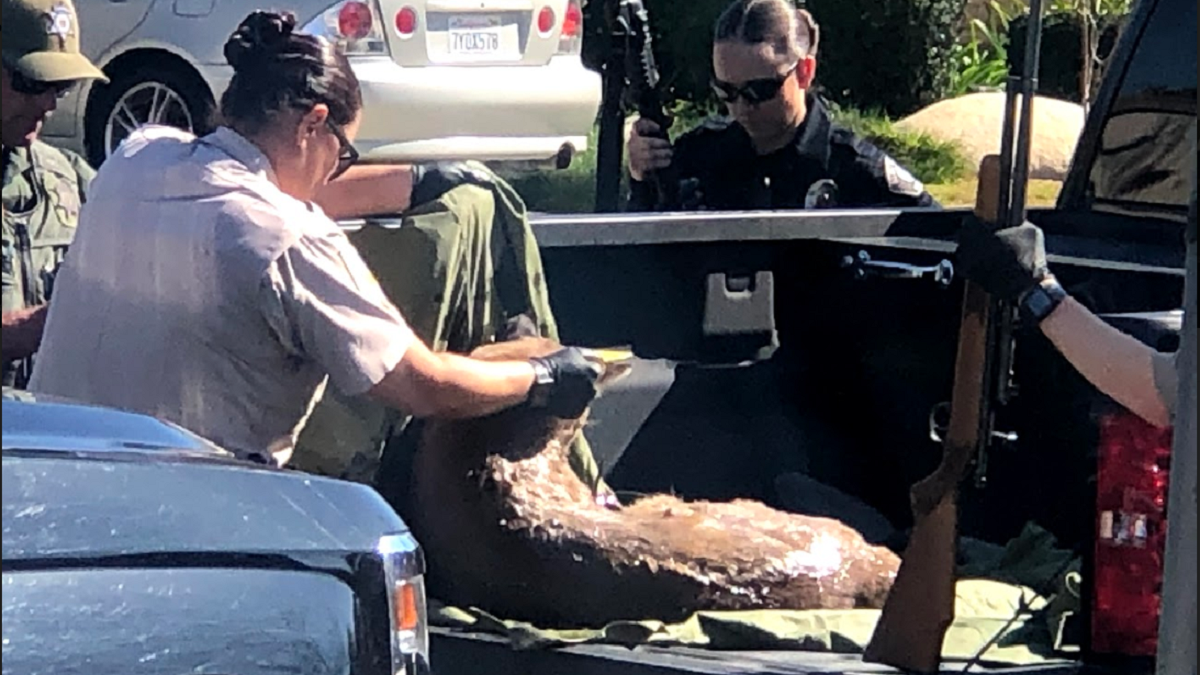 A mountain lion that was not collared was tracked and tranquilized in a Simi Valley neighborhood Saturday afternoon, according to the California Department of Fish and Wildlife.

The mountain lion was spotted in a tree in the 600 block of Laguna Drive, according to Tim Daly from Fish and Wildlife.

The lion was tranquilized in the 600 block of Bristol Avenue, Daly said.

Neighbors captured photos of the department removing the wild animal.

No one was injured, officials said.

This is the latest in a string of mountain lion sightings in the neighborhood.

Last week, a female lion got into a homeowner’s chicken coup. It was tranquilized and relocated.