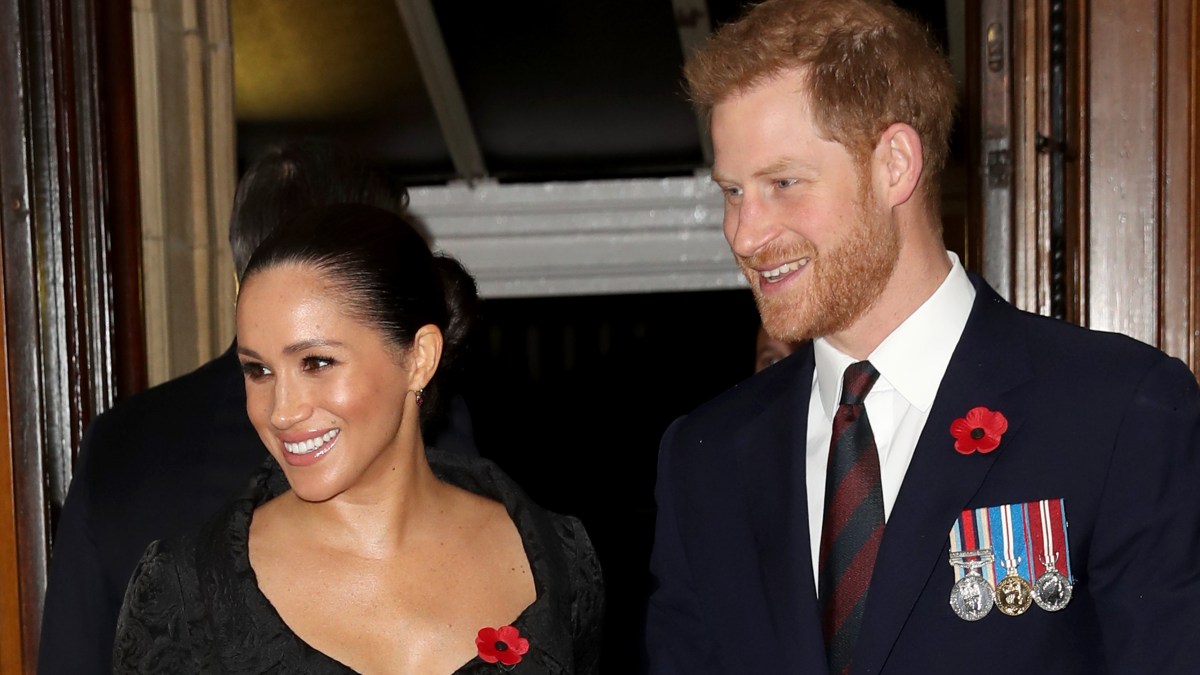 The couple, who moved to California earlier this year, celebrated the British holiday in their own special way on Sunday.

According to the pair’s spokesperson, they “privately visited the Los Angeles National Cemetery earlier today… to pay tribute to those who have served and to those who gave their lives.”

The spokesperson mentioned “it was important” for the couple to commemorate Remembrance Day, which is an event that recognizes the 1918 armistice that ended World War I. The annual celebration traditionally involves laying wreaths to honor those who lost their lives in the U.K.’s military.

Prince Harry, who served in the Army for a decade and earned the title of Major Wales, laid his own wreath that featured a special message.

“To all of those who have served and are serving,” he wrote, per his spokesperson. “Thank you.”

Along with laying his wreath, Prince Harry and Meghan both laid flowers at two commonwealth soldiers’ gravesites. As their spokesperson noted, one person served in the Royal Australian Air Force while the other served in the Royal Canadian Artillery.

While visiting the cemetery, the couple placed a wreath at an obelisk inscribed with the message: “In Memory of the Men Who Offered Their Lives in Deference of Their Country.”

Participating in the tradition of laying wreaths on Remembrance Day holds a special place in Prince Harry’s heart, so much so that he reportedly asked his royal family members if they could lay a wreath on his behalf at the London ceremony.

The Sunday Times, who broke the news, claimed the 36-year-old’s request was denied by Buckingham Palace due to the fact that “he is no longer representing the monarchy.”

As fans will recall, he and Meghan made the shocking decision to step down as “senior members” of the royal family in January 2020.

“After many months of reflection and internal discussions, we have chosen to make a transition this year in starting to carve out a progressive new role within this institution,” Meghan and Harry’s joint statement read at the time. “We intend to step back as ‘senior’ members of the Royal Family and work to become financially independent, while continuing to fully support Her Majesty The Queen.”

But despite Prince Harry’s request being denied, he shared a positive message in an interview with the podcast Declassified.

“Even when we can’t all be together, we always remember together,” he said on Sunday’s episode. “Remembrance Day for me is a moment for respect and for hope. Respect for those who came before us and hope for a safer world.”