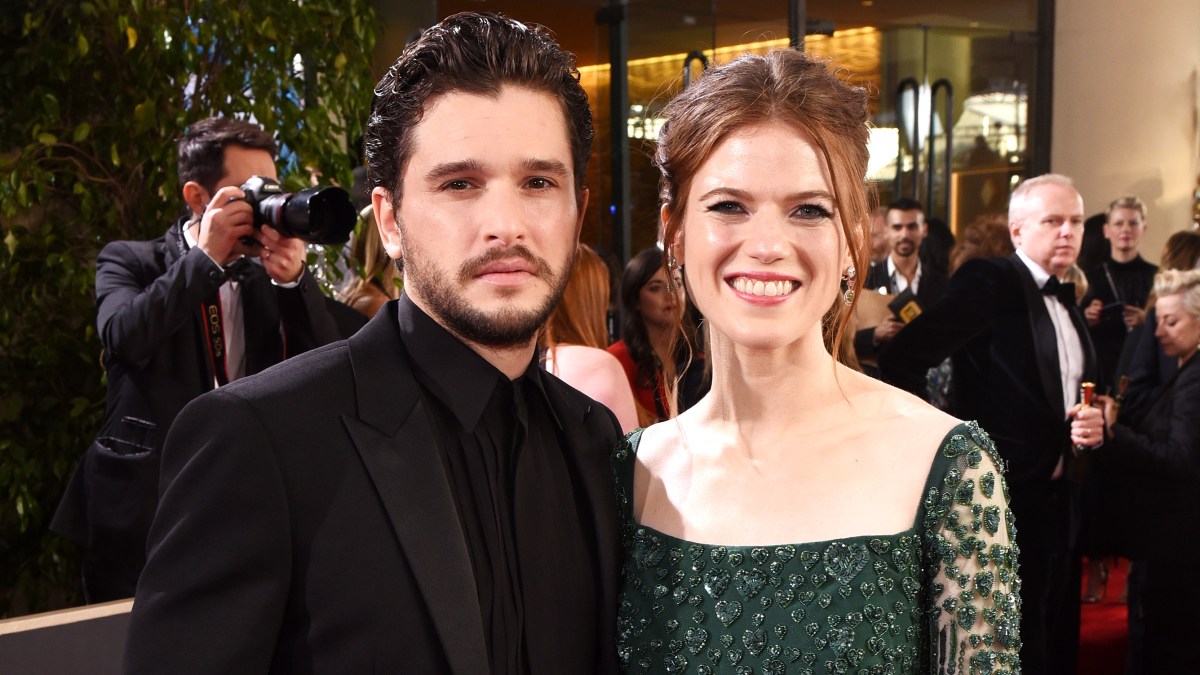 Forget winter, a baby is coming…

“Game of Throne” alums Rose Leslie and Kit Harington are going to be parents. The actress shared the pregnancy news in the new issue of U.K’s Make Magazine. In fact, she debuted her growing baby bump in the glossy.

While Rose didn’t give away too many details about her and Kit’s little one, like how far along she is and if they know the sex of their baby, she did touch on how they’re settling into their new home.

“What a glorious thing to be able to run to the countryside and recoup,” Rose shared. “It’s a great privilege to be surrounded by greenery, birdsong and hedgerows, and our delightful neighbors. It’s so peaceful.”

She described her humble abode as “the house that Jon Snow built.”

“It’s incredibly old,” she described. “We have a thatched roof, which currently has an enormous hornet’s nest in it. I do love to think about the house and all the people who have lived there. Were they happy, how did they live? All the families passing under those ancient beams.”

Despite having a great excuse to do absolutely nothing, the actress revealed she’s actually been hard at work.

“I feel really fortunate to be able to say that I am working; given the current situation when so many people in our industry can’t work,” she explained. “At the weekends, when we have downtime, I head to Loch Lomond and walk around the water. I feel a huge sense of peace when in Scotland. I’ve lived in London for 13 years now and I love it, but I’m more of a country bumpkin than a town mouse.”

For her, having work is something she doesn’t take for granted. “You never lose that niggle of worrying where the next job is coming from,” she pointed out. “That feeling never leaves. The fact I have a job at the moment is very lucky. So, I’m very grateful for what I have now, and living day by day.”

Rose credited “Game of Thrones” for giving her a major platform. “It was an incredible experience, and for me—as an actor—it definitely opened a lot of doors with casting directors, and producers,” she said.

Plus, fans will know that she and Kit first met on the set of the hit HBO show.

Not only did the two have one unforgettable relationship on the Emmy-winning series, but they first sparked romance rumors in real life in 2012. After going their separate ways for a brief time, they decided to give their relationship another shot. They would confirm their romance in April 2016. Two years later, they would get married in June 2018.

Fast forward to 2020, and the couple is ready to become a party of three.

At this time, Kit has yet to publicly comment on the baby news.