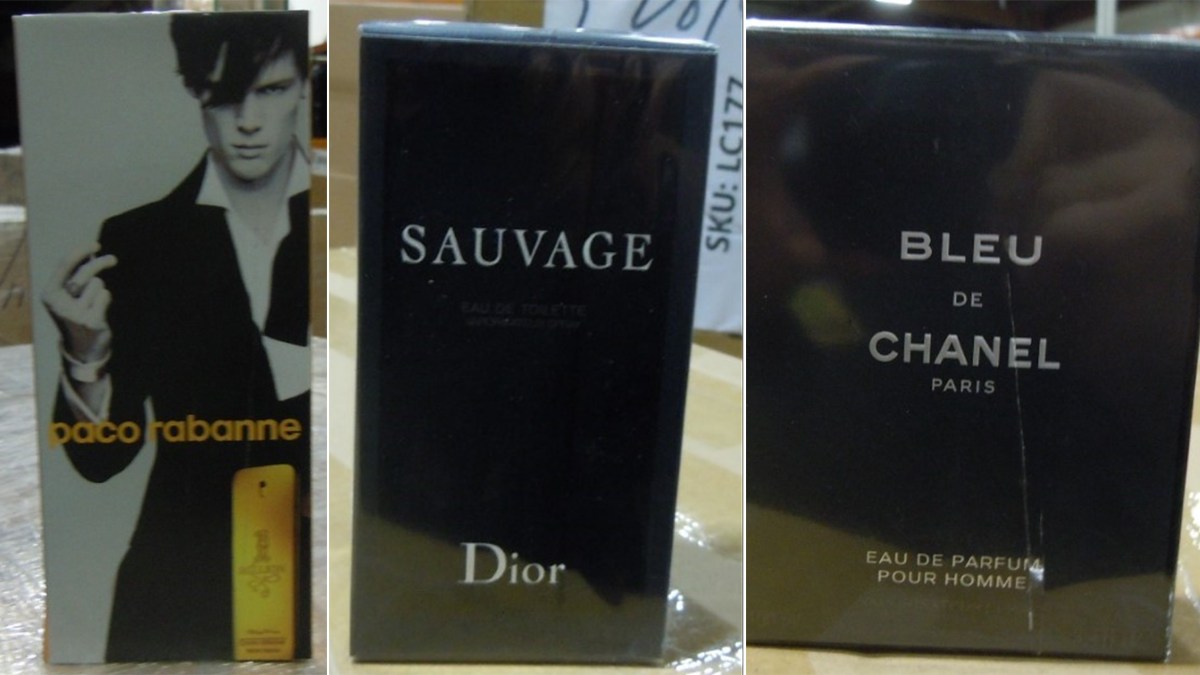 Something smelled funny about a large shipment of what appeared to be designer perfumes that arrived in Southern California from Hong Kong.

U.S. Customs and Border Protection officers recently seized the shipment of bottles and cartons at the Los Angeles-Long Beach Seaport. It turned out to be counterfeit items with an estimated value, if genuine, of more than $366,000, authorities said Thursday.

Download our mobile app for iOS and Android to get the latest breaking news and local stories.

The counterfeit perfumes were found in a shipment of items being imported from Hong Kong, according to U.S. Customs and Border Protection. A shipment of more than 1,000 cartons were on the ship manifest as cellular phone accessories.

But during the inspection, CBP officers discovered over 80 of those cartons actually contained counterfeit perfumes that were being passed off as products from high-end labels like Dior, Chanel and Paco Rabanne, the statement said.

“Part of our critical CBP mission is to facilitate legitimate trade with a goal of protecting American consumers from dangerous products and to create a level playing field for American businesses,” said Carlos C. Martel, director of the CBP office of field operations in Los Angeles. “In this case, we have succeeded in our mission by protecting the American consumer from the potential harm associated with counterfeit perfumes, which can sometimes contain unknown chemicals, and by protecting the intellectual property rights of legitimate businesses.”