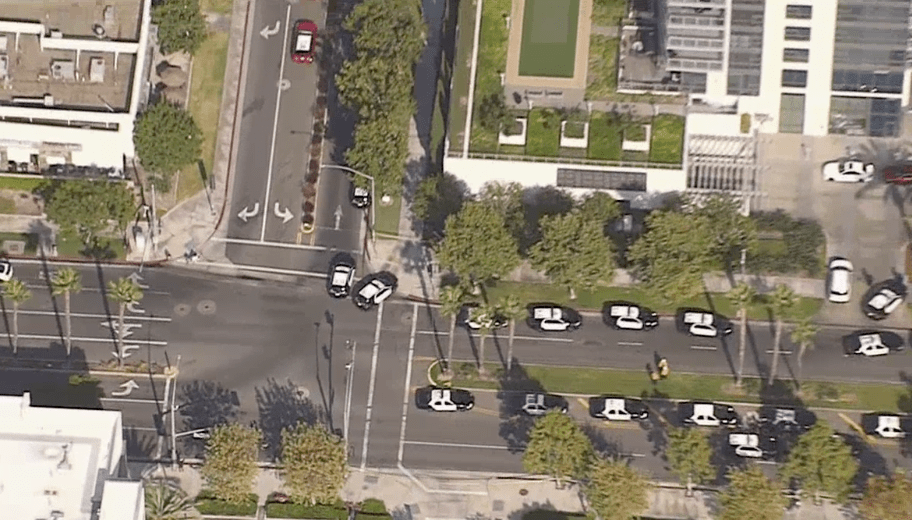 A search for the gunman was still underway in Santa Ana after a shooting was reported at a high rise apartment building, police said.

The shooting was reported just before 4 p.m. at 9 Macarthur Place.

Heavy police activity was reported in the area, and police asked the public to stay away.

Detectives believe the shooting occurred in the 15th floor unit, where they say several others were inside the unit at the time–those others have been detained for questioning.

The image of a bloodied man lying on the ground floor of the building while being treated by paramedics was shared with NBCLA by a resident. His condition was not immediately clear.

The circumstances that led up to the shooting remained unclear, with residents saying each building has a doorman and strict security.

The three men who were shot, ages 19, 25 and 27, are in stable condition, according to police, who are interviewing the men.