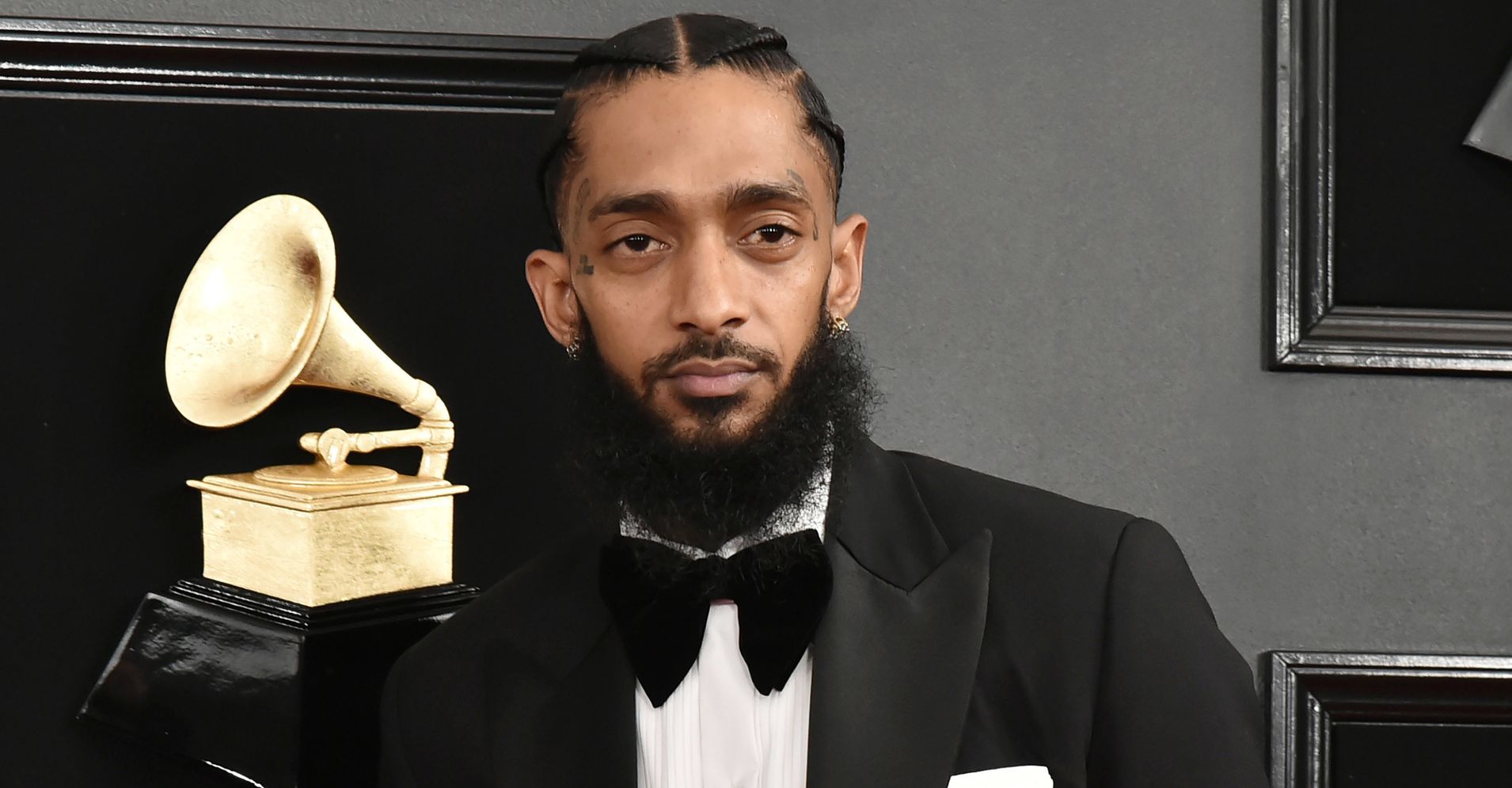 The 33-year-old, whose birth name is Ermias Asghedom, was nominated for a Grammy in 2019 for Best Rap Album for his album “Victory Lap.” He was born in South Los Angeles and spoke in interviews about his involvement in gang culture as a teen before he emerged as a community organizer, the Los Angeles Times reported.

Hussle was reportedly shot several times outside his store, Marathon Clothing. Two other individuals were also injured in the shooting. A spokesperson for the Los Angeles Police Department said the shooter was still at large as of 5:30 p.m., local time.

Colleagues and fans took to social media to share their feelings of loss:

RIP Nipsey. I just spent Thursday with him filming a video for a beautiful new song we created with Khaled. We filmed in Inglewood, close to where he grew up. He was so gifted, so proud of his home, so invested in his community. Utterly stunned that he’s gone so soon.

This doesn’t make any sense! My spirit is shaken by this! Dear God may His spirit Rest In Peace and May You grant divine comfort to all his loved ones! 💔🙏🏿
I’m so sorry this happened to you @nipseyhussle pic.twitter.com/rKZ2agxm2a

Broke me…. we really fighting for our lives against our own kind and really have to take risk and match the level of hatred that we are born in .. I’m tired 🙏🏾 prayers for my brother and his family

This is terrible news for a lot of obvious reasons. But if you’ve followed Nipsey at all, his message about economic empowerment through entrepreneurship and real estate was really strong. https://t.co/iqtgZD0ksQ

Me Spitta and Nip was all sleepin on couches when we linked up. This shit got me super sad.

RIP Nipsey man. This is tragic

Rapper Nipsey Hussle was killed Sunday outside his Los Angeles clothing store. He was 33.
This was his last tweet, 3 hours ago. pic.twitter.com/Z0IcaYT3LL